If the bathroom’s subfloor becomes wet or damaged, it might easily result in serious injury if not repaired. To safeguard the integrity of the floor and avoid further deterioration, it must be replaced.

The difficulty in replacing the subfloor in bathrooms is that it is difficult to access; so, even for an experienced contractor, changing it can be a challenging task.

In bathrooms, though, there are simple ways to replace the subfloor.

What is a subfloor?

The smooth, structural layer of a floorboard is known as a subfloor. A typical subfloor is made out of plywood or a similar sheet material that is laid over the key structural components of a wood-floor frame, the floor joists.

2×10 or 2×12 wood planks spaced 16 inches apart are commonly used as joists in the subfloor.

They can also be created out of various materials such as laminated wood, and the standard thickness of wood subflooring is 3/4 inch, but this might vary.

Concrete flooring is another type of subfloor.

Plumbing and electrical work can be run through concrete or timber subfloors.

How To Replace Subfloor In Bathrooms

Before you begin repairing the subfloor, make a list of all of the tools you’ll need.

It is vital to make a list so that you do not have to continually running back and forth to obtain these items while working.

Steps To Replace Subfloor In Bathroom

Every subfloor does not need to be completely removed, which is especially true in areas like the bathroom. Most of the time, the defective subflooring can be taken out and replaced with new subflooring.

These cuts are usually done over the joist cores so that the joists can support the plywood patch and its screws. New joists or wood blocking, on the other hand, can be installed to offer support.

The steps for replacing the bathroom subfloor are as follows:

Use your tape rule to calculate the measurement of the area that has to be fixed after you’ve dust-proofed the shower and sink and put on your protective gear.

Measure from one end to the other if you find you need to replace the room’s subfloor.

Measuring the space will help you figure out what parts you’ll need to replace, how long it will take and how much it will cost.

The next step is to start tearing down the structure.

If the entire area needs to be replaced, the scope of the demolition will be determined after measurement.

However, before you begin this procedure, you must first determine the type of flooring that has been installed.

Obtain a prybar for laminate flooring.

First, raise the floor, then use your hands to pull the parts apart. If you’re working with hardwood, you can also use a chisel. Remove the tiles with a hammer if the flooring is constructed of tiles.

Following the removal of the flooring, unscrew the screws or remove the nails attached to the subfloor with a hammer, and then lift the plywood panels from the joists using a pry bar.

Make sure the new subfloor panels are the same size and thickness as the old ones.

Take a look at the joists.

Now that the floor joists are visible, inspect them to see if they need to be replaced.

If they do, use a pencil or a piece of painter’s tape to identify the ones that need to be replaced. You’ll also need to figure out how to measure the joists.

Allow the joists to dry completely for 24 to 48 hours before replacing the subfloor if they are moist but not damaged.

The next step is to replace any broken joists or reinforce any sagging joists.

It’ll assist if you’re careful when replacing the joists because you’ll want to keep a steady foothold on top of them at all times. However, for uniformity, use the same type of wood as the existing joists.

The next step is to use your woodscrews to install your subfloor panels once you’ve replaced the joists. If your flooring isn’t level, leave a 1/8-inch gap between it and the subfloor. This region can be sanded down by filling it with flooring solution.

Before putting the flooring, it’s advisable to use a leveler to make sure the subfloor is evenly leveled.

Flooring should be replaced.

Last but not least, the flooring must be changed.

Start at the farthest position from the door and work your way backwards when laying down the flooring.

Depending on the type of flooring you have, you should also have a circular saw or a tile cutter available in case you need to make any last-minute cuts.

Is Subfloor Covered by Homeowners Insurance?

When water damage is so extensive that drying the subfloor after flooding is difficult and the entire subfloor needs to be replaced, homeowners’ insurance generally covers subfloor replacement because you may need to fully overhaul the subfloor.

Before a choice is made, the damage is usually inspected.

What is the required subfloor thickness for a bathroom?

While there are no hard and fast laws about how thick a bathroom subfloor should be, it is generally advised that the plywood for subflooring be about 5/8 inch thick.

Because OSB (Oriented Strand Board) does not hold fasteners or plywood, it must be thicker or at least 23/32 inch.

Replacing the subfloor in bathrooms can be time and energy-demanding, as digging into the structure in which you normally stand might be intimidating for DIYers.

Even yet, with a little knowledge and careful planning, it is a project that can be completed on time. The stress involved would be greatly reduced if you follow the steps stated above. 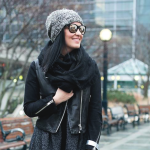